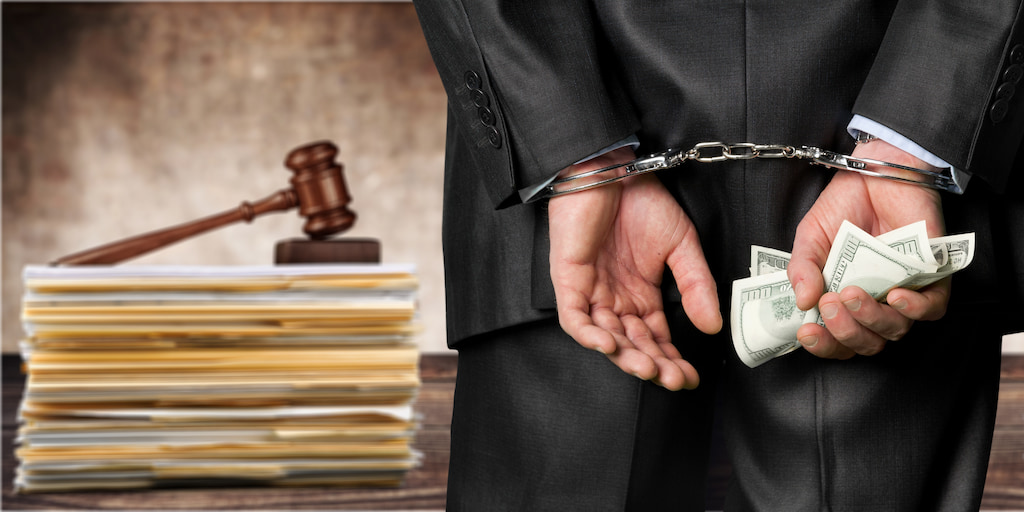 What is a white-collar crime? Let's look at the main features of these crimes, and also answer - what to do if you are charged.

What Are White-Collar Crimes?

The main differences between white-collar crimes and “blue-collar” crimes are (i) the methods used, and (ii) the motivations. Blue-collar criminals typically don’t have the means to create international Ponzi schemes, for example, so they might just hit someone over the head and take their money. In almost all cases, blue-collar criminals use more violent and less sophisticated methods.

The second difference is motivation. Although the financial gain is a common motivation for both types of crimes, crimes of passion (murdering your spouse for suspected infidelity, for example) are not normally classified as white-collar crimes.

White-collar offenses can be divided into two types–individual crimes and corporate crimes.

Most Common Types of White-Collar Crimes

The basic legal definition of fraud is the commission of a deceitful act for the purpose of financial gain. Many kinds of fraud exist, however, and some are far more serious than others. Corporate fraud can include activities such as:

The number of different types of fraud is almost unlimited.

Embezzlement occurs when someone entrusted with the care of other people’s money abuses that position to steal money from them. Common victims include corporate shareholders and political campaign donors. An accountant, for example, is in an ideal position to embezzle money from their employer or their clients.

A classic example of identity theft is using someone else’s credit card number to make purchases without that person’s authorization. Many other forms of identity theft are possible, however. Identity theft occurs, for example, when one person uses another person’s employee ID to gain access to a restricted area. The motivation does not have to be personal financial gain — it can be espionage, for example.

Extortion occurs when one person coerces another person into giving up something of value (money or property, for instance) that they are not entitled to. Someone might, for example, obtain embarrassing or incriminating information about a public figure and then demand ”hush money” to refrain from publicizing it.

Tax evasion occurs when someone deliberately misrepresents the amount of tax they owe or deliberately conceals assets to avoid paying taxes. Making a mathematical mistake or an honest error in interpreting the scope of a tax exemption does not constitute tax evasion. Money laundering and tax evasion are closely related.

Bribery is offering a public official something of value (money, gifts, favors, etc.) in exchange for favorable treatment. This favorable treatment must be something to which the person providing the money or gifts is not entitled. You might bribe a police officer, for example, to overlook a crime you committed. You might bribe a public official to vote in a manner that benefits your business interests.

Computer crimes are not limited to identity theft. An example of a computer crime would be hacking onto a computer network to obtain classified information. A government might commit malware or denial of service attacks as a form of cyber warfare against another nation or a private company.

A Ponzi scheme is a pyramid scheme where early investors are paid using funds provided by later investors, instead of with-profits earned through legitimate business activity. Mathematically, the eventual collapse of such a scheme is inevitable, leaving later investors with a complete loss of their “investments.” Early investors, by contrast, reap windfall profits.

Forgery means falsifying someone’s signature or creating a counterfeit legal document. Documents that might be forged include:

Criminals forge many other types of documents as well. Strictly speaking, counterfeiting money is a form of forgery.

An agent of a foreign government, for example, might provide an employee of Microsoft with financial benefits in exchange for technology. Alternatively, a government might provide benefits (or use extortion) to gain sensitive military information that is of political rather than economic value.

What Are the Sentences and Consequences for White-Collar Crimes?

White-collar crime punishment severity varies drastically based on the severity of the offense. A white-collar crime can mean anything from checking your personal email on your office computer during your lunch hour (unauthorized use of a computer) to running an international Ponzi scheme that defrauds people out of hundreds of millions of dollars. White-collar crime jail time and financial penalties vary accordingly:

Given this disparity, there is no meaningful “white-collar crime average sentence”. Additionally, white-collar crime punishment doesn’t necessarily end once you leave jail or prison. You may also face probation or parole. Life after a white-collar crime can be difficult as well, since you may have trouble securing employment or professional licensing.

How the Statute of Limitations Can Impact a White-Collar Crime?

Once someone commits a crime, the prosecutor typically has a certain amount of time, during which time they must either charge the perpetrator or abandon the prosecution. The applicable statute of limitations determines this time limitation, and the exact time varies from crime to crime.

There are many possible strategies that your lawyer can use to defend you against a white-collar criminal conviction, including:

Many other possible defenses exist as well, depending on the circumstances